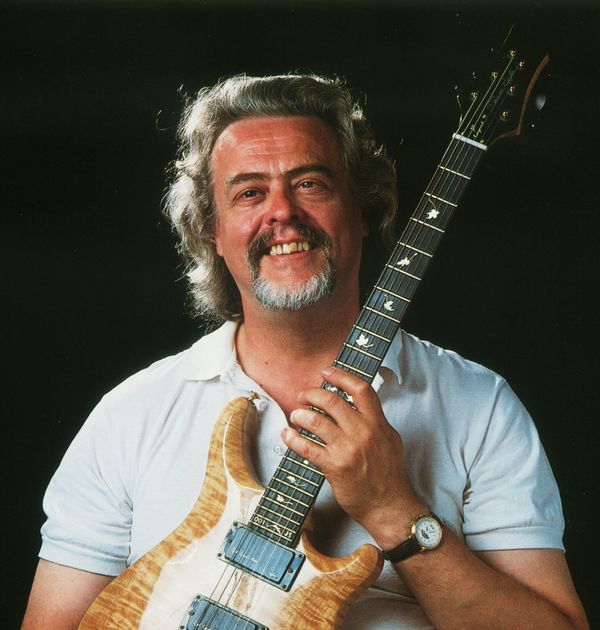 I may be wrong, but many of you reading this may not know this man.

So I have taken extracts from his Wikipedia article plus a 'Forgotten Heros' piece from Premier Guitar Magazine for the quotes in this article. Between them they detail the plethora of his work as a session musician and artist in his own right. Amazing...

Born James George Tomkins, he changed his name to Jimmy Sullivan because it was lyrically similar to Lonnie Donegan :)

He was best known as a session guitarist. In the 1960s and 1970s he was one of the most in-demand studio musicians in the UK, and performed on around 800 charting singles over his career, including 54 UK Number One hits.

It was around this time that Big Jim ran into future Deep Purple guitarist Ritchie Blackmore and decided to take him under his wing and teach him a thing or two about how to play guitar.

"I first met Jim Sullivan in 1958," Blackmore recalled in Classic Rock magazine after Sullivan's untimely passing. Both guitarists lived in Middlesex, Cranford, and were introduced by the brother of Blackmore's sister-in-law. "He showed me another level of playing," Blackmore continued. "He was probably the most advanced guitarist in the London area."

On his website, Sullivan commented on the inherent ability of his young pupil. "Ritchie was a precocious talent even then, he learned to be an individual very quickly. To be truthful, I think that telling him to be an individual and making him use his little finger is all I needed to tell him. The rest was natural to him."

Big Jim Sullivan wasn't always known as 'Big Jim.' It was the entrance of a young man named James Patrick Page into the session world that necessitated the nickname in order to differentiate one Jim from the other.

"I'll always remember the first time I met Jimmy [Page]," Sullivan recalled. "We had a session at Decca Studios for Dave Berry. It was the session for 'My Baby Left Me' and Jimmy played lead guitar and I played rhythm. I remember the great solo that he did on that session— it is one of the best constructed rock solos on record."

After that first session, Sullivan and Page would go on to play together numerous times and became fast friends. "The amount of recordings we did together was amazing, and when he said he and John [Paul Jones] were going to leave, he said I should join them too." History holds that Sullivan did not join the two members of Led Zeppelin, however, he did loan Page a Gibson J-200 acoustic that Page used extensively on the first two Led Zeppelin albums.

So, knowing all this, he would sit right behind me in the control room...

Stop, not good enough, think about the chords under the solo, you can do better than that.

Can you imagine the pressure?

Well needless to say that he transformed my playing and ability to create a solo that means something, but also hammered home skills in production, miking techniques and arrangement; after all he was there right from the beginning.

At the time I was using a lovely Jim Kelley FACS line amplifier which he loved and it sounded great - remind me why I sold that again?

These were the times of big advances and as much studio time as the Producers asked for, so we became good friends.

He passed away on October 02, 2012 and will never forget how he changed my perception of the guitar and my approach to the studio forever...

The picture below reminds me of these days. Jim and Derek Lawrence (Producer of Deep Purple and Wishbone Ash's first three albums) sitting there giving us a load of shit...

Great times; I miss you man. 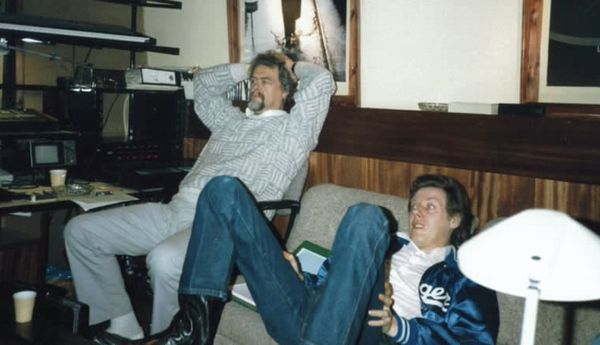